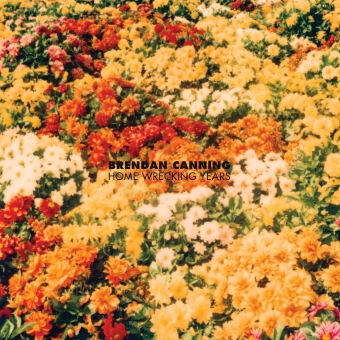 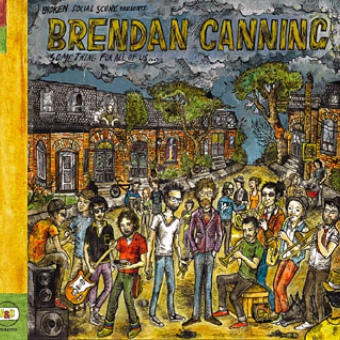 Something For All Of Us...

Buy Something For All Of Us...

Stream Something For All Of Us...

On July 22, Brendan Canning released his first solo effort as the next release in the Broken Social Scene Presents series. Canning is a prolific songwriter and founding member of the indie rock collective. He's a veteran performer on the Canadian music scene - formerly a member of such notable bands as By Divine Right and hHead. The new album, aptly titled, Something For All Of Us..., is a truly genre-ambiguous, progressive work. Canning finds himself free to experiment with a variety of sounds - from hushed lo-fi acoustics, to blazing rock 'n roll, to psychedelic groove.

This batch of tunes was written between the fall of 2013 and spring 2015 while I was building a band to tour my previous album, You Gots 2 Chill. Starting a band wasn’t really my plan and YG2C was an album I never intended to tour. (Touring is the exact opposite of chilling.) However, had I not, these songs would never have seen the light of day or even been written, for that matter.

Throughout this process I slowly burned through band members like a stereotypical, tyrannical band leader is supposed to do and the sound coalesced in a way that started making sense. Maxing out as a six-piece, it was starting to feel like a band I was comfortable fronting. We jammed in my living room, making enough pleasant noise for the neighbours to enjoy during that summer of 2014: Prime Rob Ford years. And just as our mayor was falling apart, we were indulging in a little sonic deconstruction on the south end of Draper Street.

For anyone who’s followed my career in any way, this album should make sense. If you haven’t, here are some bullet points: big guitars, loud drums, swooping melodies, pretty keyboards, free-form feedback loops, and lyrics that are often indiscernible. Add a few electronic beats, some beautiful guest vocalists, a throwback ’90s sound and ’00s ambience, and you're in the ballpark. With Dave Plowman at the controls, Justin Peroff of BSS fame behind the kit and many other stellar players, we stayed faithful to how the band sounded without tricks.

I am mid-way through my third decade of making music in Toronto and can honestly say this city has been a gift. I have played in loads of bands in this town, drank in many bars, and played everywhere from Air Canada Centre to Sneaky Dee's. This city continues to give back with so much incredible talent so that I can find inspiration to do what I do. This band/recording, like any venture, takes oh so many people behind the scenes helping out and serving as my sounding board at every step of the way. (“Do you think this is a funny tweet?” “Does this guitar strap go with this guitar?”) All so that maybe, just maybe, one of your songs gets heard and people click LIKE. Or you get a sync on Degrassi: The Next Generation. Jokes aside, I'll be more than happy if this album makes some summer playlists and provides a musical backdrop for folk's lives in whatever capacity they choose: Taking the kids to school, doing bots in your parents basement, completing your undergrad or high school equivalency test.

This is not a Broken Social Scene record but merely some songs and sounds which were created while the good ship BSS refuels for new adventures in 2017 and beyond. Until then, please enjoy The Homewrecking Years.