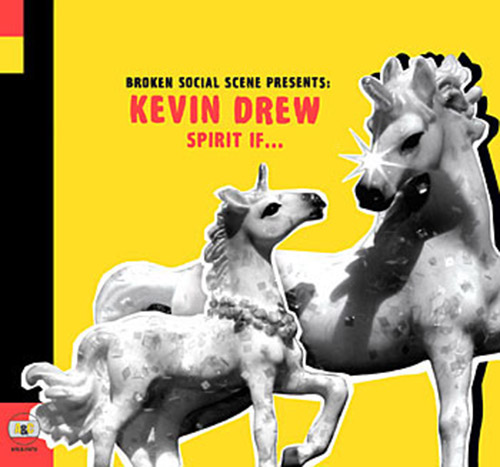 
Spirit If... is the first in a series of "Broken Social Scene Presents" albums. This solo effort from Kevin Drew unfolds like an emotional comic book. Drew's songwriting addresses all his favourite topics: fucking, fighting, fearing and hope. Both Drew and Brendan Canning, the two co-founders of Broken Social Scene, decided to approach making records as solo projects. In the process, the social scene community participated, playing key supporting roles, returning to the creative process that was the initial spark for BSS and giving birth to this new series.

"From the enormous power of the opening "Farewell to the Pressure Kids"... to the stripped-down track, "When it Begins,"... Spirit If... is meant to be listened to in its gorgeous entirety." - Under the Radar