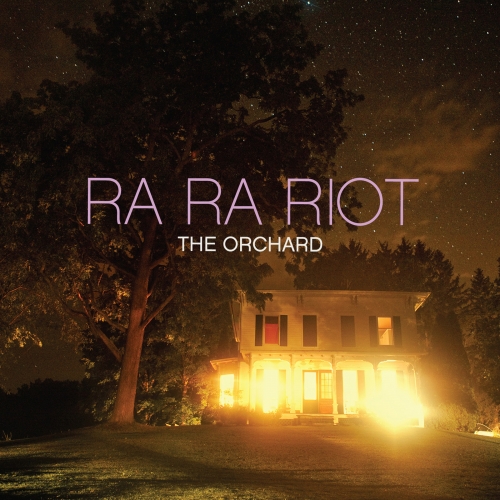 
Syracuse, NY quintet Ra Ra Riot will release their sophomore full-length on August 24, 2010. Produced by the band with Andrew Maury and mixed by Chris Walla of Death Cab For Cutie and Rostam Batmanglij of Vampire Weekend, The Orchard is 10 bittersweet, endearing and ultimately stunning offerings. The Orchard follows the band's debut full-length, The Rhumb Line, which was released nearly two years to the day and hailed by such publications as Rolling Stone, Entertainment Weekly and Exclaim! which called it, "worthy of a living room dance party". With glowing praise and relentless touring, the album went on to sell over 60,000 copies in the U.S.