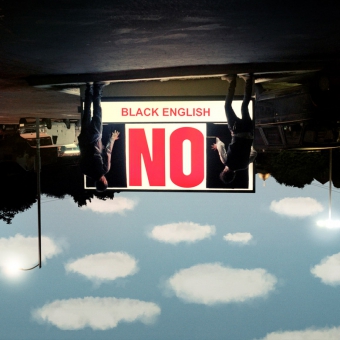 After nearly three years vagabonding across the US and Europe with more than three hundred performances under the name “NO,” the Echo Park collective switched their name in late 2014 to Black English and went back to Europe supporting renowned French artist, Yann Tiersen. Post tour the band holed up in a Berlin basement writing much of what will be released this year as a series of 7” inches on the band’s imprint, Bedroom Empire.

Black English frontman Bradley Hanan Carter says, “We started this band because we needed something to believe in. It was a rough season of life for a few of us, and we got together and expressed how we felt about that in some songs.” This became the “Don’t Worry, You’ll Be Here Forever” EP released on LA label Origami Vinyl. Since then it’s just grown into a big huge family of people all on this weird and wonderful adventure.

Their debut album (now titled “NO”) is out in North America on Arts & Crafts. 2015 will see the band join The Psychedelic Furs for their North American tour in May.