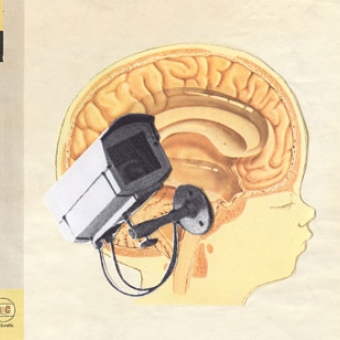 The Hidden Cameras never fail to capture the imagination. Orchestrated by leader Joel Gibb, their live spectacles are unconventional to say the least everything from blindfolded band members and string players to go-go dancers shimmying alongside gospel choirs. The Hidden Cameras latest work, Origin: Orphan, is equally ingenious as the four previous albums.

"No matter the subject, Gibb knows the power and importance of melodies and harmonies in a pop song and has displayed it with elegant indie pop orchestrations and abundant twee-choir harmonies." Under The Radar 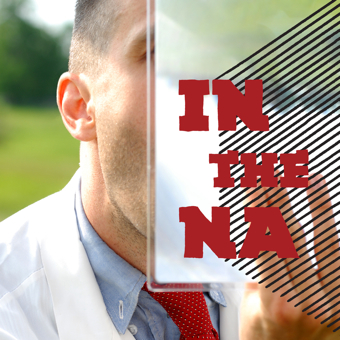 Stream In The NA (EP)

The Hidden Cameras never fail to capture the imagination. Orchestrated by leader Joel Gibb, their live spectacles are unconventional to say the least - everything from blindfolded band members and string players to go-go dancers shimmying alongside gospel choirs. The In The NA EP is just a hint of what fans can expect from the group's fifth full-length album, Origin:Orphan, due for release on September 22 in North America. The EP features an extended version of the first single from the forthcoming album, along with two b-sides, and two remixes of "In The NA", including the "Crystal Pepsi" remix by French electronic music producer Stuart Price (a.k.a Thin White Duke) and Jake Shears of Scissor Sisters. 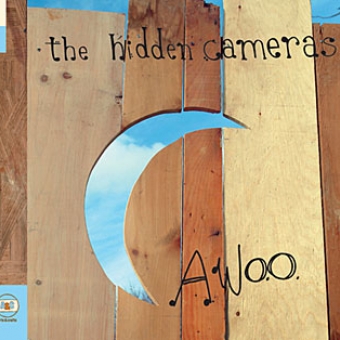 The Hidden Cameras make flamboyant orchestral pop music, and their third studio album, AWOO, is their most extraordinary statement yet.

Recorded at the Gas Station on Toronto Island, AWOO is produced by Gibb and recorded by Don Kerrr of Ron Sexsmith and Ohad Benchetrit of Do Make Say Think.

Arts&Crafts will release AWOO on September 19 in the USA. It will remain on the band's own label Evil Evil in Canada and on Rough Trade for the rest of the world. 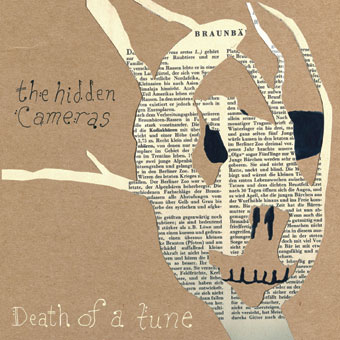 Death of a Tune

Buy Death of a Tune

Stream Death of a Tune

View Archived Tour Dates
To speak of an artist's "growth" is an unforgivable cliche, but it's hard to describe Origin:Orphan, The Hidden Cameras' latest release, as anything but an evolutionary leap beyond their previous efforts. With this album, their fourth studio record proper, Toronto's self-proclaimed "mild-mannered army" have sunk their roots deeper, branched wider, and gained a new musical maturity--simultaneously finding inspiration from more unexpected sources and creating some of their catchiest songs to date. "This album is a foray into new territory," says Joel Gibb, the Cameras' founder and front man, "exploring genre as a theme in itself while retaining classic Hidden Cameras moments." Gibb has been spending time in Berlin for the last four years, and attributes at least some of the band's mounting sophistication to his exposure to German classical music. "Ratify the New", the first track on Origin:Orphan, for instance, starts with a single droning note, sustained for nearly two and a half minutes before Gibb's voice breaks in. The single note is a musical device that recalls the prelude of Wagner's opera Das Rheingold, which opens with 136 bars in the chord of E flat major. Yet European high art is not the only influence on the heady brew of this song about the death of old things and the birth of fresh ones. Jamie McCarthy's violin, tuned to sound like an erhu, the Chinese two-stringed fiddle, repeats a melodic phrase together with drums and cello to sound strikingly like a traditional Chinese orchestra.

It's no secret that The Hidden Cameras is Gibb's baby, and, in some ways, we can regard the band as a solo project. He writes all the songs, sings them, plays guitar and a number of other instruments on record, and designs the CD covers and stage sets (he also exhibits his art in galleries around the world). Since his live debut in a Toronto West End art gallery in 2001, a rotating cast of regulars and special guests has contributed to recordings, videos, and live performances across North America and Europe. "We've toured Europe many times," he observes. "We're an increasingly international band. Origin:Orphan bridges cities; tracks were recorded in Toronto, but overdubbed in Berlin and London."

Rather than the simple rhythms and hymn-like tunes of years past, Origin:Orphan features more intricate textures and varied atmospheres, often darker ones. The processional pace, minor key, and dramatic orchestration of strings and horns in "Walk On", for example, give the song a melancholy, almost mournful tone. The album's title song is another case in point, its echoing drums, a stuttering loop of sampled guitar, and lyrics that meld existential angst with scathing criticism ("A whore when he speaks/A whore when he thinks") combine to suggest a sinisterly seductive desolation.

Yet upbeat, up-tempo pop songs with joyful, taboo-busting lyrics have always been The Hidden Cameras' forte, and Origin:Orphan has more than its fair share of them. In "Underage", Gibb uses jangly guitars that reveal a hint of Afrobeat to craft a tuneful allusion to the advantages of youth ("Let's do it like we're underage, that's the way to be"). A thrift-store Casio keyboard and a chugging beat straight out of the 1980s makes "Do I Belong?" an ode to the anxieties of life and romance, sound surprisingly optimistic. And the eminently hummable and danceable "In the NA," the album's first single, finds Gibb playing every instrument except bass and drums. "I worked more on this song than any in my entire life," he says. "In the NA" also demonstrates that Gibb's taste for obscure but evocative wordplay remains as strong as ever, the nonsense syllable of the title, acting as a stand-in for any number of words. "It transcends meaning," remarks the songwriter. "It's a variable, like x, y, or z." (A video for "In the NA" is Origin:Orphan's first, featuring a phalanx of lab-coated spastics who staff an entropic office in a meadow.)

The last track, the 1950s-style ballad "Silence Can Be a Headline", forms a companion piece to the first, bookending the album with nods to classical music and bringing Origin:Orphan full circle. "It's a piano pop song that relates to Schubert's lieder, particularly his Nacht und Traeume (Night and Dream)," Gibb states. "In a sense," he goes on, "each song here finds its own genre. All the songs are orphans in that way." It seems unlikely, though, that audiences will leave The Hidden Cameras' new release orphaned. Origin:Orphan is an invitation from the band to us, an invitation, as the first song suggests, to ratify the new.

Ratify The New Ratify The New In The NA In The NA He Falls To Me He Falls To Me Colour Of A Man Colour Of A Man Do I Belong? Do I Belong? Walk On Walk On Kingdom Come Kingdom Come Origin:Orphan Origin:Orphan Underage Underage The Little Bit The Little Bit Silence Can Be A Headline Silence Can Be A Headline Death of a Tune Death of a Tune Awoo Awoo She's Gone She's Gone Lollipop Lollipop Fee Fie Fee Fie Learning The Lie Learning The Lie Follow These Eyes Follow These Eyes Heji Heji Heaven Turns To Heaven Turns To Wandering Wandering For Fun For Fun Hump From Bending Hump From Bending The WAning mOOn The WAning mOOn